Music theater and the new COVID-normal

This year has been really hard for the Colorado theater community. We've all had to accept a whole new way of working with each other. I think a lot of us were reluctant to embrace collaboration technologies at first, but eventually we had to adapt to the new COVID-normal. 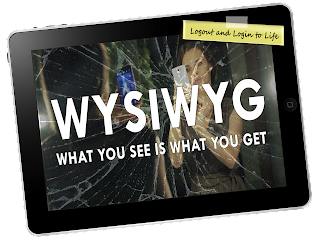 Naturally, the Denver-based show (WYSIWYG the Musical) was not immune. The team was planning a full year of shows at various venues and festivals across the country, but the cancellations started pouring in. Eventually, the disappointments turned into opportunity when they decided it was time to adapt to the new online format. To become COVID-friendly the show retooled its rehearsal processes and physical scenes were transitioned to one-to-one device apps, online therapy sessions and happy hour groups. A new soundtrack was created and the rehearsal materials are available from the WYSIWYG website.
WYSIWYG (WIZ-ee-wig) is a contemporary Musical created by award-winning composer April Alsup. Far from the gender bending stories we’ve come to know, her characters find living day-to-day to be hard, lonely and heartbreaking, so they go online to live out their dreams and escape the harsh realities of the world.
Posted by Website Administration at 1:14 PM

Earlier in the year our WYSIWYG team made the short list for RAVE in NYC. April Alsup and her new 90 minute version of WYSIWYG (What you see is what you get) the Musical was selected for the celebrated festival and had already started lining up the Manhattan talent and production team when she received the news that the 2020 festival had been canceled.

It wasn't a big surprise though with the pandemic; of course, everyone here at the Performing Arts Project was excited, but a little nervous too. We all need to be patient, theatre will come back and WYSIWYG will be back on our stages again soon.
Posted by Website Administration at 1:30 PM

The Edinburgh International Festival (EIF) is an annual Summer Festival of the Performing Arts in Edinburgh, Scotland. Together with "Festival Fringe" it is a well known theatrical event with some of the best performers in the world and this year one of our Denver project team leaders was able to attend. April Alsup joined the festival for the last week of August and stayed at Edinburgh University graduate school dormitory near old town and the Miracle Mile. 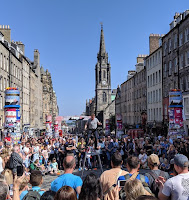 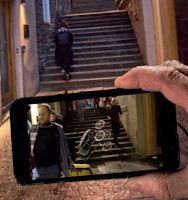 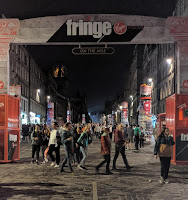 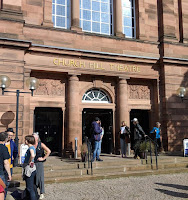 She was able to attend numerous shows including; Roots, Purposeless Movements, Total Immediate Collective Imminent Terrestrial Salvation, as well as the Night Walk for Edinburgh and the Virgin Atlantic fireworks show. Considering going to the festival in the future? Feel free to reach out to us, we'll help you maximize your festival experience.
Posted by Website Administration at 10:44 AM

Late last month the cast and crew of the Denver based show, WYSIWYG the Musical, was presented with the Greener Planet Award at the 10th Annual Planet Connections Awards Ceremony in New York City. The event took place at the Abrons Art Center in New York City on September 21st, 2018. Glory Kadigan, the festival's founder, presented April Alsup the show's prestigious award while Jay Michaels the publicist for the event greeted the WYSIWYG team when they arrived. A lot of work goes into these things and the Performing Arts Project is glad to have played a small role in bringing this show to our stages...Bravo! 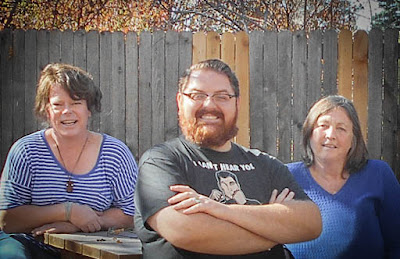 April Alsup, Brandon Bill, Mary Scott
(November 2016)
The musical is being directed by Brandon Bill with music direction from April Alsup. The book was written by Mary Scott. Auditions are set for March 11th, 2017.
###
Please see the website for more information: www.sisyphusthemusical.com
Posted by Website Administration at 10:06 AM 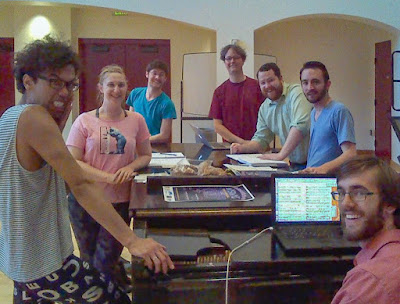 Bringing back the tradition of blues and jazz to a single location in the heart of the historic Five Points, revitalizing the community and providing music education to Denver students. Headliners like Denver's  Carl Dixon, Mary Louise Lee and her quartet combine their talents with Patricia LeBlanc and Denver students to form the community celebration. Jazz at the Point is a monthly concert series featuring local Denver musicians. 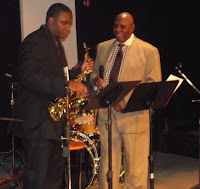 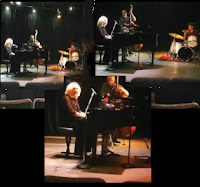